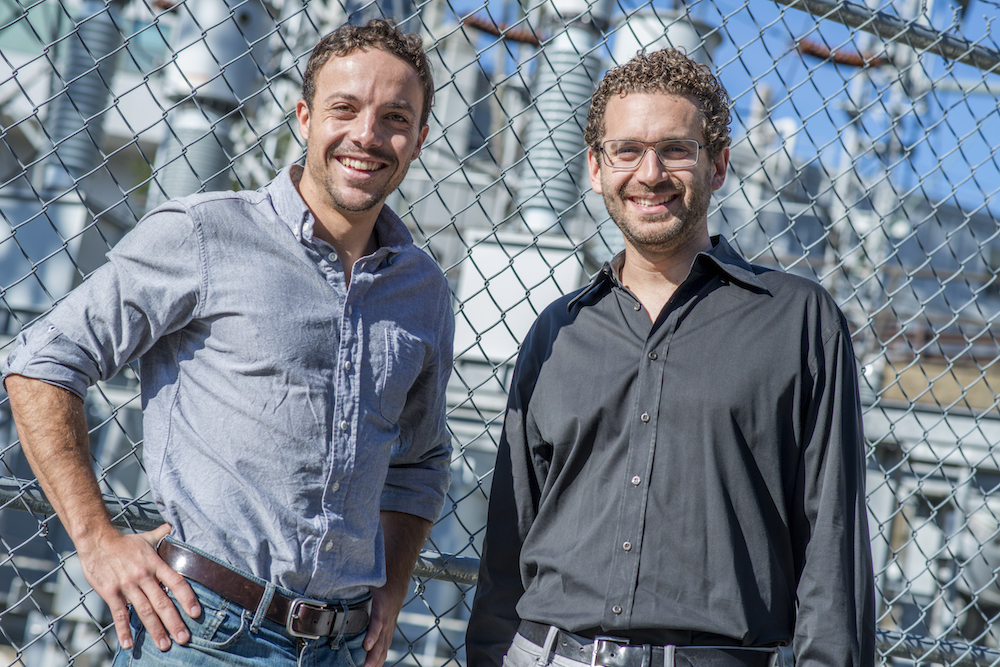 Steven Kaye got his Ph.D. working on metal-organic frameworks (MOFs), one of the most exciting materials in chemistry today and especially effective for separating gases. But nearly a decade after earning his degree, he saw that the science-to-product gap was still gaping: despite the discovery of thousands of MOFs, there was not a single MOF material in commercial use.

Then he discovered Cyclotron Road, a new technology-to-market program launched by Lawrence Berkeley National Laboratory (Berkeley Lab) last year. With a guaranteed salary, modest seed funding, and the opportunity to collaborate with some of the best scientists in his field, Kaye would finally be able to work on moving MOFs from the lab to marketplace, where it has the potential to radically reduce the energy use of chemical separations, which accounts for 10 percent of global energy consumption.

He applied to the program and was accepted. In less than a year, Kaye has been able to demonstrate a scalable manufacturing approach, win $1 million in funding from the California Energy Commission, and spin out his own startup company, Mosaic Materials. “The challenge of solving the scale-up and engineering of these materials was not well suited for academia, and would have been difficult with venture capital,” Kaye said. “But Cyclotron Road was the perfect fit.”

With support from the U.S. Department of Energy (DOE), Cyclotron Road is now entering its second year and seeking applications for a second cohort of scientist-entrepreneurs. “In an era of declining private-sector investment in early-stage energy technologies, many of our best and brightest engineers, scientists, and energy technology entrepreneurs are at risk of turning away from their pursuit of potentially groundbreaking new energy technologies,” wrote David Danielson, DOE’s Assistant Secretary for Energy Efficiency and Renewable Energy, in a recent blog post. “Cyclotron Road … was created just to address this problem.”

More broadly, a key focus of Danielson’s Clean Energy Manufacturing Initiative has been to support national lab-industry partnerships that help the private sector leverage the labs’ world-class technology capabilities in order to better innovate and break down market barriers.

So far, six Cyclotron Road teams have brought in more than $2 million in new funding from government grants and private investors. They’re driving key materials and manufacturing innovation in projects ranging from renewable plastics to ocean wave energy to electrochemical conversion of carbon dioxide to fuel.

“We’re looking for the best and brightest technical founders, entrepreneurial researchers, and scientists who want to drive breakthrough energy technologies to market,” said Cyclotron Road Director Ilan Gur. “They can be individuals, teams, even small companies, as long as they’re at the pre-commercial stage, meaning they haven’t raised a significant amount of private funding.”

Successful applicants get a two-year appointment and seed funding from DOE to support collaborations with Berkeley Lab researchers. “I think that’s the biggest benefit of this whole program—working with Berkeley Lab scientists and experts,” said Sebastien Lounis, member of the Cyclotron Road founding team.

Another benefit is access to the cutting edge scientific facilities at Berkeley Lab, such as nanoscale labs, particle accelerators, and high-powered equipment for microscopy and spectroscopy. “This is hardware that most large companies—never mind startups—cannot afford to invest in,” Lounis said.

The goal is to find another six teams for the second cohort of Cyclotron Road innovators. Lounis expects the application process to be highly competitive, given that more than 150 people applied for the first round and also given the dearth of similar programs.

Once they’re accepted, Cyclotron Road does everything it can to help them succeed, from pairing them with collaborators to introducing them to its vast network of commercial, academic, and financial partners. Success, Lounis said, can come in any of a number of flavors. “One of the core philosophies of this program is there isn’t a one-size-fits-all business model for these projects,” he said. “The goal is for technologies to reach a scale where they can have an impact on the economy, on energy, on the climate change problem.”