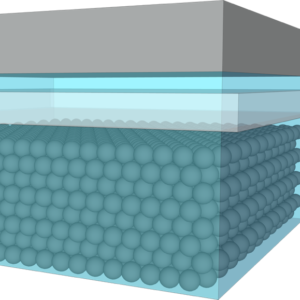 Battery technology research has intensified in recent years, in a push to improve performance and safety for smart grid applications and electric transportation. To enable these advances, Cuberg combines a lithium metal cathode, with a proprietary liquid electrolyte devised from a safe and stable blend of non-flammable solvents and salts, and a high-voltage cathode.

Cuberg is far from the only startup advancing battery technology — new chemistries and materials seem to emerge weekly — and the company faces stiff competition from several other startups developing solid-state technologies that improve battery safety. Fortunately, Cuberg has managed to quickly and efficiently demonstrate that its battery cell can be dropped into existing lithium-ion production processes and scale its business through early commercial engagement with customers.

Wang joined Cyclotron Road as part of Cohort 2 in May 2016 and will graduate from the entrepreneurial fellowship program, based at Lawrence Berkeley National Laboratory, in May of this year. Supported by Cyclotron Road and through its collaboration with Berkeley Lab, Cuberg has been able to scale its technology from a laboratory-scale coin cell demonstration to a production-scale prototype assembled on a lithium-ion manufacturing line in about 12 months. Cuberg closed its first seed round in late 2016 with a $900,000 joint venture development partner.
Cuberg prototyping video from May 2017

Cuberg plans to use its funding from Boeing to expand research and development efforts and hire several more engineers. Within 18 months it plans to scale up automated production lines for early full-system testing with aerospace customers.

Wang, who was named to the 2017 Forbes "30 Under 30" list is excited about this Boeing partnership because it opens Cuberg to the many different technical requirements and systems within a world-class aerospace organization.

Wang and Cuberg co-founder Mauro Pasta are former Stanford University colleagues, where they worked under materials science and engineering professor Yi Cui. Wang received his PhD in materials science from Stanford, engaged in battery research at Tesla Motors, and received his BS in mechanical engineering from Caltech. Pasta held a postdoctoral position in Cui's lab and currently serves as an associate professor at Oxford University in addition to his role as Cuberg technical advisor.