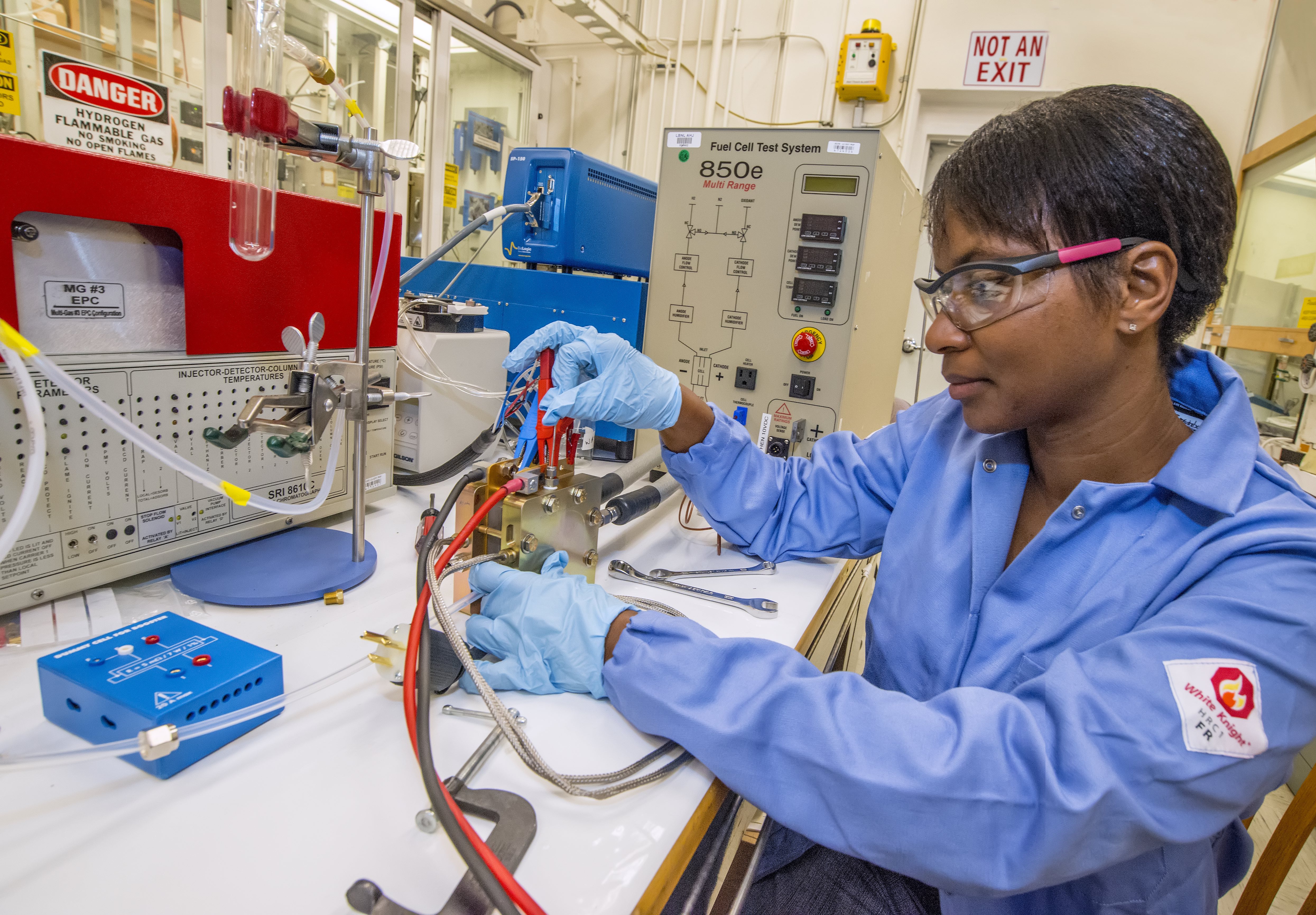 Etosha Cave, a former Cyclotron Road fellow and scientific entrepreneur now leading her own company, was featured in a recent episode of the Department of Energy (DOE’s) People Powered podcast.

Cave is currently the Chief Science Officer of Twelve, a carbon transformation company that creates chemicals, materials and fuels from carbon dioxide instead of oil. She was part of DOE’s Lawrence Berkeley National Laboratory (Berkeley Lab’s) inaugural Cyclotron Road cohort.

Founded in 2015 by Cave and fellow Cyclotron Road alumna Kendra Kuhl, along with Nicholas Flanders, Twelve also partners with leaders across a wide range of industries to reduce emissions by recycling CO2 at scale using Twelve's breakthrough reactor technology. Cave has been profiled in national and regional media such as Vanity Fair, 7x7 and Rolling Stone.

Together, they discussed their inspirations for entering the clean energy space and the many twists and turns they've encountered in their work as innovators and entrepreneurs. Plus, they share what excites them most about the future of clean energy in the U.S., including: