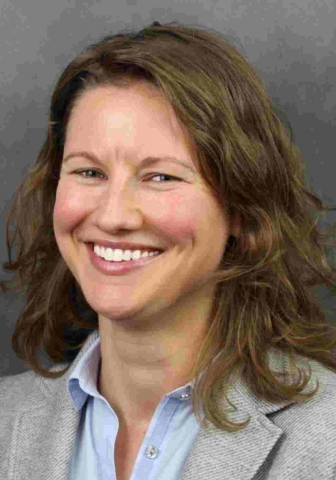 Rachel Slaybaugh is the Division Director of the Cyclotron Road Division in the Energy Technologies Area in Lawrence Berkeley National Laboratory. In addition, Slaybaugh is an Associate Professor of Nuclear Engineering at the University of California, Berkeley. Slaybaugh researches computational methods applied to nuclear reactors, nuclear non-proliferation and security, and shielding. Slaybaugh served as a Program Director at the Department of Energy (DOE) Advanced Research Projects Agency-Energy (ARPA-E) and on the DOE Nuclear Energy Advisory Committee (NEAC). She is the founding Board Chair for Good Energy Collective, is a Faculty Affiliate at the Berkeley Institute of Data Science, and serves on several advisory boards. She also served on the DOE Agency Review Team for the Biden-Harris 2021 transition.

Prof. Slaybaugh is developing programs to train and inspire the next generation to innovate in clean energy, including founding the Nuclear Innovation Bootcamp, and also focuses on improving transparency and reproducibility in computational science and scientific publication. Slaybaugh engages in programs that help level the playing field for underrepresented minorities in STEM. She is a Software Carpentry instructor, sometimes teaching at women- and minority-only bootcamps. She is the faculty sponsor for a course that does hands on science experiments at underserved elementary schools in Oakland.

Rachel received a BS in Nuclear Engineering from Penn State where she served as a licensed nuclear reactor operator. She went on to the University of Wisconsin–Madison to earn an MS and a PhD in Nuclear Engineering and Engineering Physics along with a certificate in Energy Analysis and Policy. Dr. Slaybaugh then worked with hybrid (deterministic-Monte Carlo) methods for shielding applications at Bettis Atomic Power Laboratory while teaching at the University of Pittsburgh as an adjunct faculty member.