The atmosphere on Mars is 96% carbon dioxide (CO2). Perseverance carried a toaster-size instrument called the Mars Oxygen In-Situ Resource Utilization Experiment (MOXIE) that separated oxygen atoms from CO2, which is made up of one carbon atom and two oxygen atoms. It’s an important first step in being able to produce oxygen on Mars, an essential part of ultimately making the planet habitable.

In the long term, this is how oxygen will be made for people to breathe on Mars. In the nearer term, it will be used for return-trip rocket propulsion, because shipping up the oxygen with fuel takes up much more weight than the fuel itself.

MOXIE’s technology also has value on Earth. In addition to oxygen, it produces carbon monoxide, a gas used in industrial processes such as steel manufacturing.

“It has been exciting to contribute to the excellent MOXIE science team, led by Mike Hecht at MIT, and to see the solid oxide electrolyzer technology, which I've been working on since 2007 for Earth CO2-to-fuels applications, successfully operating on Mars.” 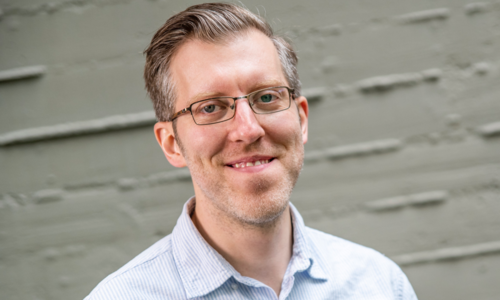 Graves has been a consultant and member of the science team working on MOXIE since 2014. He is founder and CEO of Noon Energy, which is building an ultra-low-cost, long-duration, energy-dense battery for renewable energy storage. Noon Energy also has a contract with NASA and the Massachusetts Institute of Technology to support work on MOXIE.

MOXIE will have a number of further operation cycles throughout the year during the different seasons on Mars, Graves said. After MOXIE, the goal is to make a scaled-up system to produce and store enough oxygen for the actual rocket return-propulsion.

While the fellowship program at Cyclotron Road does support companies, Noon Energy being one of them, Cyclotron Road’s real mission is about supporting world-class innovators to advance their ideas from concept to viable first product. The way Graves contributed to MOXIE highlights the quality of fellows selected for the fellowship program, said Division Director Rachel Slaybaugh.

“At Cyclotron Road, we are choosing to support and empower people we know are going to make a big difference in the world,” Slaybaugh said. “From his work on a groundbreaking space exploration technology to his leadership at Noon Energy on advancing energy storage, Chris exemplifies that.”